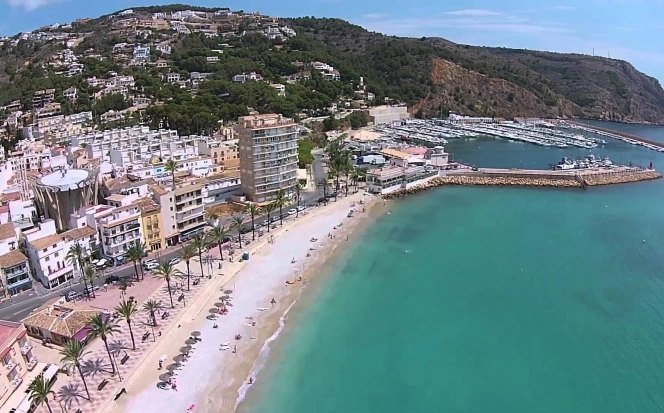 Located to the northwest of the province of Alicante, what distinguishes Jávea and makes it peculiar is its characteristic landscape and its rugged terrain varied and shaped by the wind and the Mediterranean Sea
It is located between the capes San Antonio and the Cap Prim forming between them the Bay of Jávea, although the most important cape, visually, is the Cape of the Nao, since it is the one that extends more into the Mediterranean Sea in Spain.
We can find a wide variety of beaches from the typical sandy beach, such as the Arenal beach, to the gravel beach, such as the one located in the port, tosca, along the Montañar, as well as a succession of coves between suitable cliffs To dive and enjoy its seascape.
The Montgo, a summit over 750 meters high, is one of the most remarkable and identifiable signs of the landscape of Jávea, was declared in 1987 natural park protected by its flora and fauna.
But what totally transformed the landscape and the economy was the explosion of tourism, as early as the 60s, it was an elite destination to vacation because of its privileged climate and its beaches.
The most widespread foreign population is English, followed by German and much behind, Dutch, Russian, Italian, etc. There have been up to 85 nationalities resident in Jávea